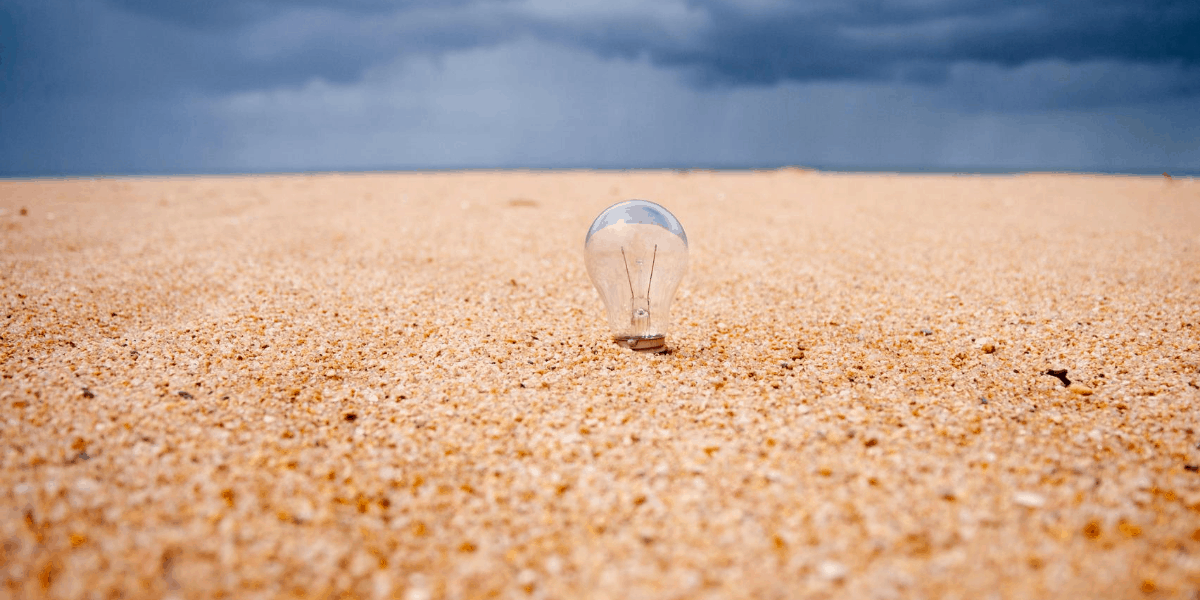 If you are looking for some more complex riddles, then these logic riddles will really test your skills!

What is a logic riddle?

Logic riddles are riddles that require you to use logical thinking in order to solve them. These also can be referred to as  logic questions. No matter what you call them you can guarantee that your brain will get quite the workout solving these riddles as you use logic to solve them.

Logic riddles are not always hard. In fact, there are different types of logic riddles ranging from easy to complex and difficult.

We are sharing our favorite logic questions to see if you can solve them!

A. Neither, the yolk of eggs are yellow.

A. When it’s ajar

Q. What is inanimate, yet can stand up,

Can start out copper and end up as steel,

So fragile, a child could break one,

But many have the strength to lift a man?

A. A human hair

Q. A hen and a half lay an egg and a half in a day and a half. How many eggs does one hen lay in one day?

A. You ask each twin What would your brother say?. This works because…. Well let’s say the correct path is on the left side. So say you asked the liar “What would your brother say?” Well, the liar would know his brother was honest and he would say the left side, but since the liar lies, he would say right. If you asked the honest twin the same question, he would say right, because he knows his brother will lie. Therefore, you would know that the correct path was the left!

Q. There are two ducks in front of a duck, two ducks behind a duck and a duck in the middle. How many ducks are there?

A. Three. Two ducks are in front of the last duck; the first duck has two ducks behind; one duck is between the other two.

Q. Frank and some of the boys were exchanging old war stories. James offered one about how his grandfather (Captain Smith) led a battalion against a German division during World War I. Through brilliant maneuvers he defeated them and captured valuable territory. Within a few months after the battle he was presented with a sword bearing the inscription: “To Captain Smith for Bravery, Daring and Leadership, World War One, from the Men of Battalion 8.” Frank looked at James and said, “You really don’t expect anyone to believe that yarn, do you?”

What is wrong with the story?

A. It wasn’t called World War One until much later. It was called the Great War at first, because they did not know during that war and immediately afterward that there would be a second World War (WW II).

Q. What is the one thing that all wise men, regardless of their religion or politics, agree is between heaven and earth?

Q. A logician with some time to kill in a small town decided to get a haircut. The town had only two barbers, each with his own shop. The logician glanced into one shop and saw that it was extremely untidy. The barber needed a shave, his clothes were unkempt, his hair was badly cut. The other shop was extremely neat. The barber was freshly shaved and spotlessly dressed, his hair neatly trimmed. Why did the logician return to the first shop for his haircut?

A. Each barber must have cut the other’s hair. The logician picked the barber who had given his rival the better haircut.

Q. Is it legal for a man to marry his widow’s sister?

A. No, because he’s dead

Q. I dig out tiny caves, and store gold and silver in them. I also build bridges of silver and make crowns of gold. They are the smallest you could imagine. Sooner or later everybody needs my help, yet many people are afraid to let me help them.

A. CABDE. Putting the first three in order, A finished in front of B but behind C, so CAB. Then, we know D finished before B, so CABD. We know E finished after D, so CABDE.

Q. You walk into a creepy house by yourself. There is no electricity, plumbing or ventilation. Inside you notice 3 doors with numbers on them. Once you open the doors you will die a particular way.

Door #1 You’ll be eaten by a lion who is hungry.
Door #2 You’ll be stabbed to death.
Door #3 There is an electric chair waiting for you.

Which door do you pick?

A. Door #3, Since There Is No Electricity To Harm You.

Q. Marty and Jill want to copy three 60 minute tapes. They have two tape recorders that will dub the tapes for them, so they can do two at a time. It takes 30 minutes for each side to complete; therefore in one hour two tapes will be done, and in another hour the third will be done. Jill says all three tapes can be made in 90 minutes. How?

A. The letter E

Q. What’s the difference between here and there?

Q. If a rooster lays an egg on the exact peak of a barn, which side does it fall?

Q. Sam is talking to his lawyer in jail. They are very upset because the judge has refused to grant bail. At the end of the conversation, Sam is allowed to leave the jail. Why?

A. Sam is visiting his lawyer, who had been arrested and jailed.

A. 1. Green. Yellow, red and blue are primary colors, green is not.
2. December. The other months have only 30 days.
3. Calculus. The others are cloud types.
4. Cabbage. The others are vegetables that grow underground.
5. Shovel. The others have prongs.

Q. What common English verb becomes its own past tense by rearranging its letters?

Q. A man has 53 socks in his drawer: 21 identical blue, 15 identical black and 17 identical red. The lights are out and he is completely in the dark. How many socks must he take out to make 100 percent certain he has at least one pair of black socks?

A. 40 socks. If he takes out 38 socks (adding the two biggest amounts, 21 and 17), although it is very unlikely, it is possible they could all be blue and red. To make 100 percent certain that he also has a pair of black socks he must take out a further two socks.

Q. I go up and down the stairs without moving.

Q. There’s a variation that goes as follows: A man, his wife, and their son are in a car accident. They are all rushed to the hospital and the doctor says, “I can’t operate on him, he’s my son.”

A. The doctor is the man’s father and the boy’s grandfather.

Q. What body part is pronounced as one letter but written with three, only two different letters are used?

Q. A man went on a trip with a fox, a goose and a sack of corn. He came upon a stream which he had to cross and found a tiny boat to use to cross the stream. He could only take himself and one other – the fox, the goose, or the corn – one at a time. He could not leave the fox alone with the goose or the goose alone with the corn. How does he get all safely over the stream?

Q. If you have a cube, each edge two inches long, how many total square inches are there among all eight sides?

A. Hard to say, since cubes have six sides.

Q. If you were to put a coin into an empty bottle and then insert a cork into the neck, how could you remove the coin without taking out the cork or breaking the bottle?

A. Push the cork into the bottle and shake the coin out!

Q. If you had one match and entered a room in which there were a kerosene lamp, an oil burner, and a wood-burning stove, which would you light first?

A. Friday. The “day before tomorrow” is today; “the day before two days after” is really one day after. So if “one day after today is Saturday,” then it must be Friday.

Q. If a wheel has 64 spokes, how many spaces are there between the spokes?

A. 64. The space that comes after the 64th spoke, would be just before the first spoke.

Q. You have a sock drawer. It has 4 black socks, 8 brown socks, 2 white socks and 8 tan socks. You need to pull out a matching pair of socks in the dark. There is no light and you couldn’t see the socks.

How many socks you should pull out in the dark to get one matching pair of socks?

A. Five. You have only four different colors of socks. If you pick 5, you can surely get one pair of matching socks.

Q. How high would you have to count before you would use the letter A in the English language spelling of a whole number.

Q. What was the biggest island in the world before the discovery of Greenland by Viking Erik the Red?

A. Greenland was always the biggest island in the world, even before it was discovered.

Q. Think of words ending in -GRY. Angry and hungry are two of them. There are only three words in the English language. What is the third word? The word is something that everyone uses every day. If you have listened carefully, I have already told you what it is.

Who buys it, has no use for it.

Who uses it can neither see nor feel it.

Q. How could you give someone $63 using six bills without using one-dollar bills?

Q. A sundial has the fewest moving parts of any timepiece. Which has the most?

A. An hourglass, with thousands of grains of sand.

Q. You buy me taken apart,

To redo what has been undone;

Four of my pieces have one sharp corner,

The rest of them have none.

A. A jigsaw puzzle.

Q. Curtail me thrice, I am a youth;

Behead me once, a snake;

A. The horse’s name was Friday

Q. What’s the least number of chairs you would need around a table to sit four fathers, two grandfathers, and four sons?

A. Four. The four fathers could be grandfathers and are definitely sons already.

Q. What is seen in the middle of March and April that can’t be seen at the beginning or end of either month?

Q. What word has kst in the middle, in the beginning, and at the end?

Q. It occurs once in a minute, twice in a moment, but never in an hour.

A. The letter M

A. J (this is a sequential list of consonants).

Q. I have three feet, but I can’t stand without leaning.

To make matters worse I have no arms to lean with.

Please be good so that I’m not called into use.

Q. An iron horse with a flaxen tail.
The faster the horse runs, the shorter his tail becomes. What is it?

A. A needle and thread.