Can you believe 2017 marks Canada’s 150th birthday? You can bet there will be a lot of celebrations going on around the country. Even our friends at Disney Parks will be celebrating at Epcot’s Canada Pavilion. From now until July 1, 2017, Walt Disney World Resort Guests who answer a fun trivia question about Canada can receive a commemorative Celebrating Canada’s 150th button.

“What has been really fun is watching our Canadian Guests spotting each other in our Parks, talking about their hometowns and making that connection,” says Marlie Morrison, Managing Director, Disney Parks (Canada). She adds, “While the buttons are designed as an entertaining souvenir for our Canadian Guest, anyone can join in and receive one by answering a trivia question.”

We love the souvenir buttons from Disney Parks, including them in our list of free and inexpensive park souvenirs. 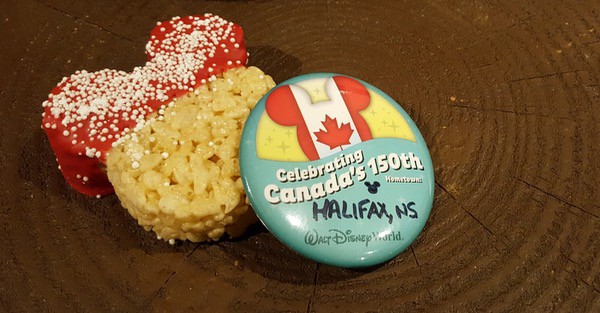 Of course we don’t know what the random trivia questions will be but we wanted to share a few fun and interesting facts about Canada. 150 facts to be exact:

So, any surprising facts for you in this list? Know a fact we didn’t include, leave it in the comments below. How will you be celebrating #Canada150 this year?