“Your rack is shrinking.”

Said my husband, the poet, the other night as I was undressing for bed.

The Boobs of Doom, we named them early in my pregnancy, when they swelled from a B to a D cup seemingly overnight, when my aureolae grew to the size of demitasse saucers and my nipples became rather aggressively brown and determined to have a look around for themselves. Post partum, as the milk came in, they ballooned to a DD/E. Yes, from a B to an E. That’s 4 cup sizes for those of you playing along at home… We began to affectionately call them The Boobs That Ate New York.

My husband, delighted, felt like he was married to a 1950’s pin up.

I found my new mammarian bounty cumbersome. Although I appreciated that the giant boobs balanced out what had become a seriously generous ass, I couldn’t get used to them. They were in the way. Running to catch the elevator left me gasping in pain. No bra could adequately contain them, and they were inconvenient, leaking milk at inopportune moments. And the nursing pads, and their failures. Classy, that breast pad peeking up out of the top of your shirt, milk leaking out of your no longer protected nipple below. Especially in the grocery store when you’ve finally carved out 15 minutes for yourself away from your adored but exhausting little one, and someone else’s baby starts to cry and oh dear here come the pins and needles and… Gush. Awesome.

I may be the only woman in the history of breasts to rejoice that mine are slowly disappearing. I am so happy, now that The Boy is getting most of his nourishment from solid food, that these unruly milk factories are now tucking themselves sensibly into D cups again. (D cups! What I once would have considered “stripper boobs” are now something I find sensible…)

But here’s the thing:

I have loved breastfeeding. LOVED IT. Far more than I ever could have guessed, back in the unknowing days of my pregnancy, reading all the reasons that breastfeeding is a Good Thing, approaching it as an intellectual concept, wanting to do what was best for my child.

I have loved it so much more than I would have imagined in those early difficult days. (And they are difficult. Don’t let anyone fool you on that count. It is hard, and it does hurt, and you will torture yourself with guilt for wanting to give up, even if you keep going. Gawd, the senseless guilt we new mothers heap on our own heads…)

And here’s why I have loved it so:

I’m an admitted control freak. I like to know what’s coming. I have to have a plan. I have to know how it’s all going to happen, fit together, and turn out in the end. And I’ve always been this way. My parents tell stories of having to prepare small-child-me for outings by describing, in detail, what was going to happen. Once they didn’t know there would be a dog at a friend’s home we were visiting, and apparently I freaked out to an embarrassing degree.

Being a control freak and a brand new mom simultaneously is… Well, it’s imfuckingpossible, frankly. I felt so out of control. I felt so lost in not-knowing. Things were happening to me and around me without me having any clue what was coming next. For someone like me, this was at times sheer torture.

But I could feed my child.

Even when I was so tired I couldn’t remember my own name, I could feed my child. I held on to that, like an anchor keeping me still in the maelstrom that my life had become.

Yes, there are a million reasons to breastfeed. You can read about them somewhere else. Here’s the one that made the difference for me, and that I don’t see discussed much: breastfeeding gave me a tremendous sense of power.

And not the wrong kind of power – not power over something or someone. Not a power born of ego. At a time when I was plagued with insecurities, buried in guilt, and terrified of Doing It Wrong, watching my baby grow and thrive, knowing that my body was his sole source of nourishment gave me a real sense of quiet competence. I have, my entire life, always defined myself intellectually. As I watched him grow out of the tiny onesies I’d so lovingly bought before he was born, and saw his skinny little newborn legs fill out and develop pudgy rolls, I gradually grew into a sort of awe for my physical self.

Look! Look what my body can do. 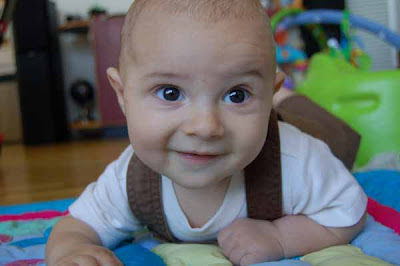 The Boy at 3 months

His body takes breast milk I’ve made and turns it into eyelashes. And fingernails. And teeth! As an atheist, this is the closest to a sense of reverence I have ever been. 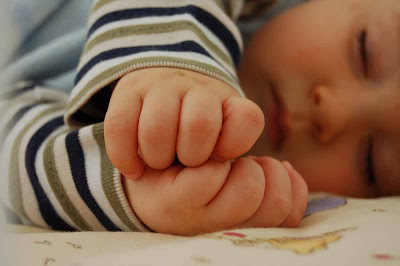 Even today, as The Boy reaches 11 months on The Outside, I look at him and rejoice in how healthy and happy a little guy he is.

And I forgive my still alarmingly generous ass, and the way I look in a bathing suit at 11 months post partum, and all the physical imperfections my control freak self used to pick apart in the mirror.

Because look what my body can do.

Now that The Boy has started self-weaning (we’re down to 3 or 4 feeds a day), I won’t miss The Boobs That Ate New York.

But I’ll miss what they’ve represented.