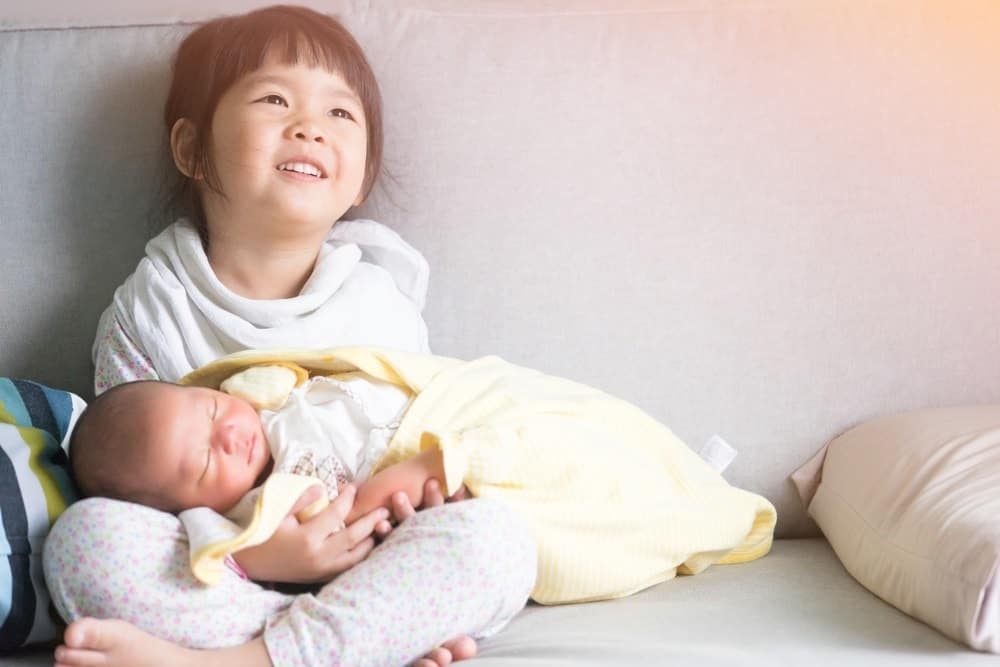 So, bringing a baby home is right up there on the list of the most amazing things in the world. We are so fortunate to have those bundles all wrapped up and safe and to bring them home. They’re yours! But bringing a baby home to a house that already has a baby there… well, you’re in full-on panic mode.

Our firstborn was 18 months old when we brought our newborn home. We didn’t know what was going to happen. Of course we had brought him to visit the baby in hospital and he kind of just ignored her. He was in a strange place and missed his mammy, so he was much more interested in messing and playing. We didn’t think anything of it.

Fast forward three days (the length of my stay, thanks to strep B) to us walking through our front door with baby, and one of our worst fears had come to life (I understand how hysterical this may sound, but at the time, it really was!).

Introducing the Newborn to the Firstborn

He HATED her. He was throwing things at her. Deliberately trying to hurt her. Being so rough with her. We went through months of cars being thrown. Everything was a flying hazard. We couldn’t leave them in the same room together. I had to be around them at all times. Even when he wasn’t trying to hurt her, he was very curious (which is normal). He would put his finger in her mouth. Or when he was trying to genuinely watch over her and rub her head, he would hurt her. Not deliberately. But because he was just a baby, too. He didn’t realise she was just a fragile little baby. And his gentle wasn’t gentle enough.

If you’ve been through it, you’ll know that feeling. On one hand, you have mum guilt like never before, for turning your toddler’s world upside down. Worrying if they don’t feel loved or if you’re giving them enough of your attention. Are you looking at the baby too much? When you and your toddler lock eyes on each other after you’ve been staring at the new baby, the guilt is unimaginable!

But then you feel rage. Your brand new little bundle is being attacked and is crying because they are hurt. Your precious tiny baby is in pain because of your toddler. You become the parent you never thought you’d be in this situation. You shout, trying to warn the toddler from doing harm. You want to take your newborn out of that situation to protect them, but you feel if you do, you’ll just create an even bigger barrier.

You just want to grab your toddler and cuddle them so much and show them nothing has changed: they are still your baby. But they know there’s a change. They just can’t quite figure out their new role. You are divided into two people and trying to figure out this parenting lark all over again.

He lashed out at me in particular. He would rarely let me close to him. My heart was breaking for him (and for me). I had a very hard time dealing with the fallout. When I was nursing baby, he would start acting up, picking those “off limits” areas and things so he was guaranteed I would have to put baby down and come get him. Clever, eh? It got to the stage where I was going to stop breastfeeding and put baby on bottles to try and ease the stress, but baby had other ideas. I’m glad now I didn’t give in. 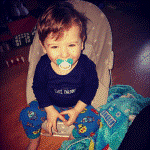 He regressed massively. He stopped eating. When he did eat, he wouldn’t feed himself, and we’re only just coming out the other end of that one. His speech suffered to the point that he’s still not where he should be now. The more obvious things, like sitting in baby’s bouncer or acting like the baby – cooing and babbling – I had expected, but not the rest. I didn’t fully comprehend how big this change was going to be for him.

We went through emotional turmoil. We felt awful for doing this to him. How could we have thought this was going to be easy for him? He was the centre of our lives for 18 months, and then he wasn’t (in his eyes). We really worked on praise. I mean A LOT OF PRAISE! Anything at all he accomplished, no matter how small or insignificant, we praised him. And it worked. Along with a lot of one-on-one time with him. I pulled him from crèche so he would be home with me. I just didn’t feel right sending him in and me being at home on maternity leave. It would have been easier (so much easier), but we had a lot of work to do on our bond and relationship! 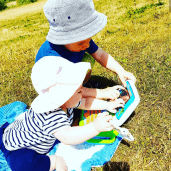 And then it all changes. Calm is restored. She laughs at him whenever he walks into the room and he’s thrilled with himself. If baby is upset, he will come and help me soothe her. On her bad days, all that makes her smile is the toddler. He helps me change her nappy and bathe her. He LOVES her! They both sit playing and giggling now. Though there is still a huge difference in their size and ability, they have a connection that melts my heart every single day. He is so gentle with her (most of the time). When she cries, he rubs her head and holds her leg in the double buggy to reassure her. If she drops her toys, he will pick them up for her. Robyn is just over 8 months old, and we are only starting to come up for air. If you are going through this now, I promise you: it will get better. Your toddler needs time to adjust – some need more than others.