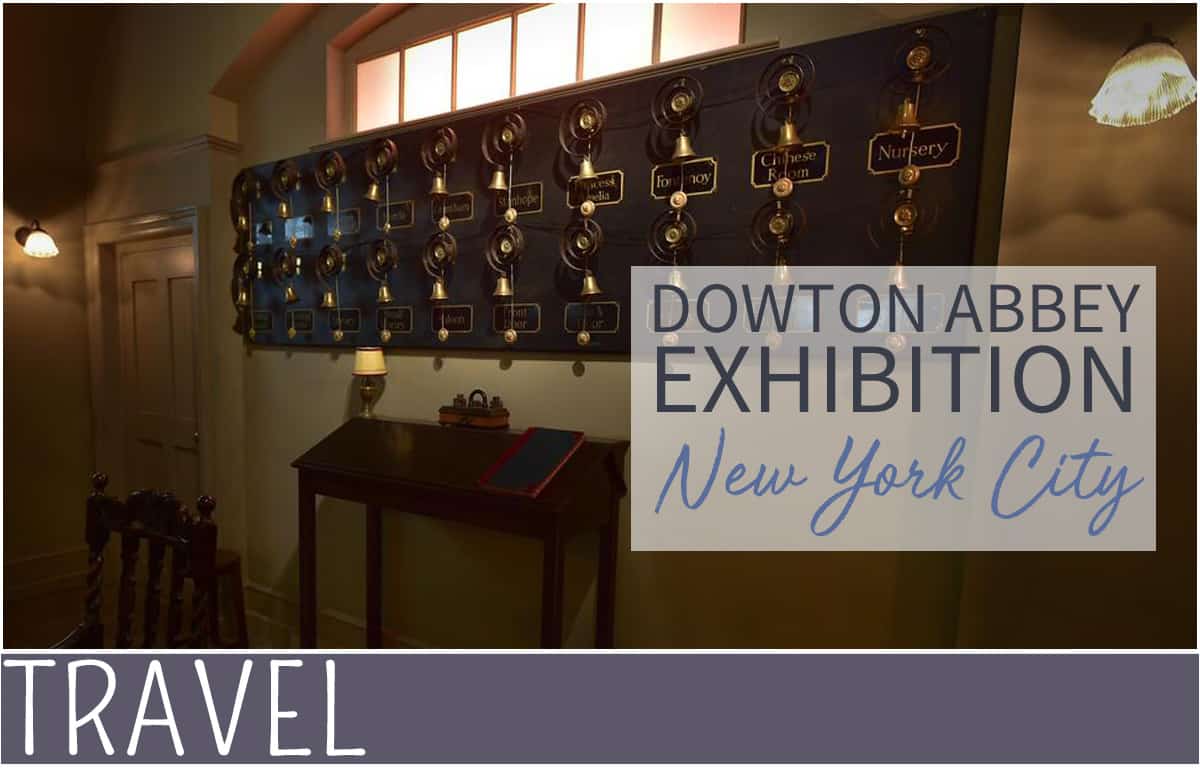 Watching Downton Abbey became a ritual for our family. We were invited into the world of the Crawley household, both upstairs and downstairs. It was a bittersweet moment when the 6 season mini series came to an end. But families can take heart with the opening of the Downton Abbey Exhibition in New York City.

“Debuting in 2010 and now seen in over 250 territories, Downton Abbey quickly became a global phenomenon, especially in the US where the series established an incredibly loyal and avid fan-base. Downton Abbey: The Exhibition continues this extraordinary legacy and gives viewers an exclusive invitation inside the series’ beloved characters, storylines and sets,” said Michael Edelstein, President of NBCUniversal International Studios. “Rich in culture and attracting fans from all over the world, New York City is the perfect location to unveil this multi-million dollar museum-quality experience.” 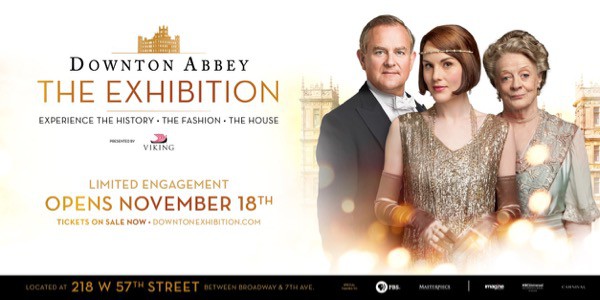 After our experience visiting the Harry Potter Studio Tour in London, we’re excited about this new Downton Abbey Exhibit. Watching the show, we grieve the loss of Sybil and Matthew. We smile at the blooming romance between Anna and Bates. We cringe at the Thomas’ schemes, feel emboldened by Edith’s independence and quote Dowager Countess of Grantham words of wisdom. 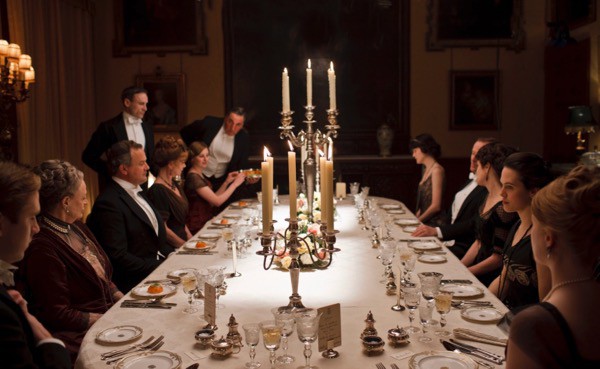 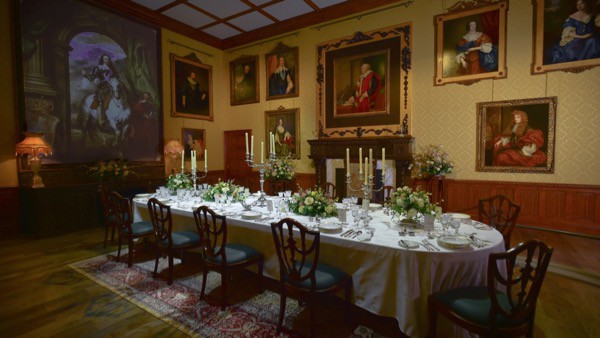 The Downton Abbey Exhibition enables us to step into and behind the scenes of this magical world. You can step into the rooms from the Grantham manor, like Mrs. Patmore’s kitchen below stairs to the manor’s grand dining room and Lady Mary’s bedroom above stairs. 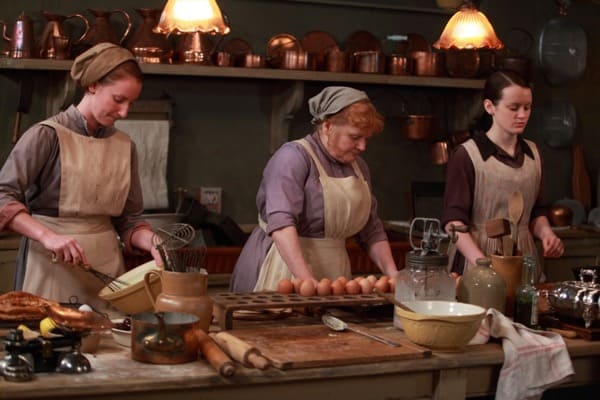 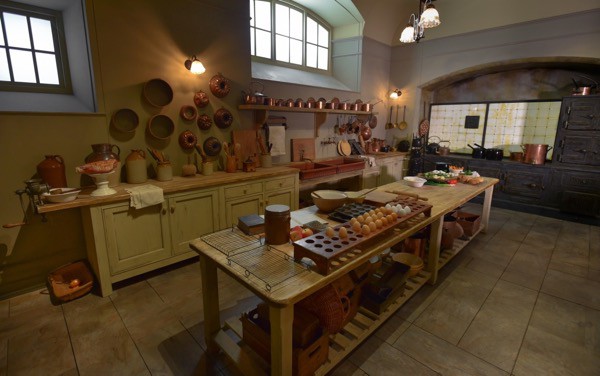 In addition to the sets, visitors will also get a close-up view of over 50 of the show’s official costumes, including a number of the wedding dresses and evening wear donned by the lovely Crawley ladies. The relationships and household dynamics was one draw for us to the show but the fashion was another, illustrating differences within generations and the changing times from World War I to the Roaring Twenties. 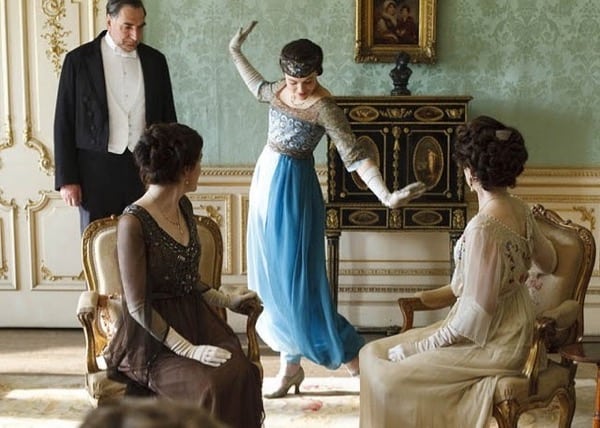 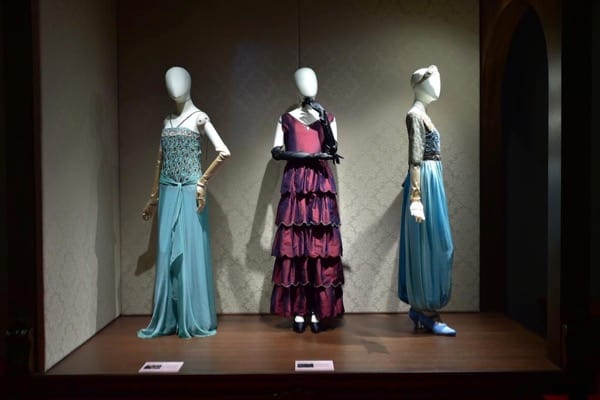 “This is a unique opportunity to step into Downton Abbey – to wander through the sumptuous rooms the family inhabit, the kitchen and servants quarters below stairs and to get right up close to many of the iconic costumes and props.  The exhibition will appeal both to avid fans – well acquainted with the show – as well as those who are only just embarking on the Downton journey and want to see what the noise was all about,” said Gareth Neame, Managing Director of Carnival Films and executive producer of Downton Abbey. 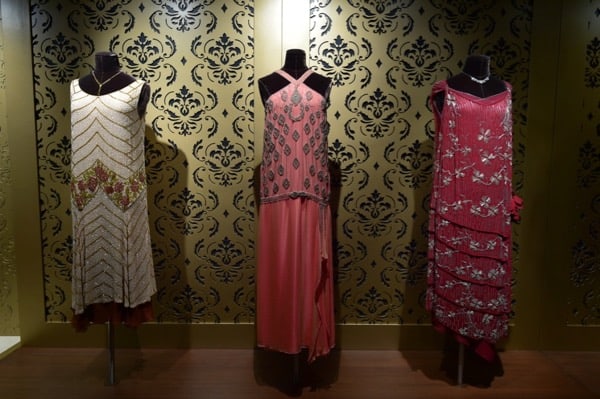 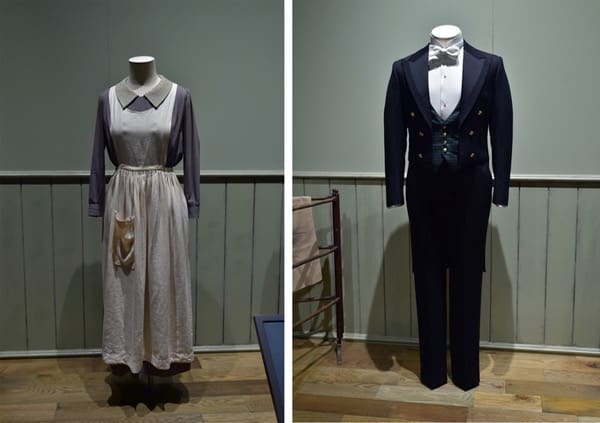 Take a peek inside the exhibit and the special guests who attended the opening:

The traveling exhibit makes its debut in New York City November 18, 2017 at 218 W 57th Street (between Broadway and 7th Avenue) before touring around the US. The exhibit will open daily from 10 a.m. to 8 p.m. including holidays. You can find more details on the Downton Abbey Exhibition, including ticket availability, by visiting www.downtonexhibition.com.