Rice Krispies Squares are easy families treats all year round but during the Christmas season the have a little more meaning. Once again my family is participating in the Kellogg’s Rice Krispies Treats for Toys charity program but with a little Minecraft twist.

If you’re not familiar with the Treats for Toys program it’s really simple. Make a toy shaped treat using Kellogg’s Rice Krispies and then share a picture of your creation on social media using the hashtage #TreatsforToys. For each original treat image shared using this hashtag Kellogg’s Rice Krispies will donate $20 to the Salvation Army to buy a real toy for a child. The more treats you create and share, the more children will receive a toy this holiday season (to a maximum donation of $30,000).

How easy (and wonderful) is that? Since we’re usually in the kitchen doing some holiday baking this time of year, adding a few Rice Krispies Toy Treats is easy enough to do. You can find patterns for a racecar, princess, dinosaur and other toy related designs when you visit RiceKrispies.ca.

When my son made a Minecraft Pig during our first round of Treats for Toys creations we were both struck with an idea. What about making Minecraft Dirt Blocks? Minecraft is a huge creative toy in our house and Rice Krispie Squares are usually made in block form so we thought we would try combining the two. 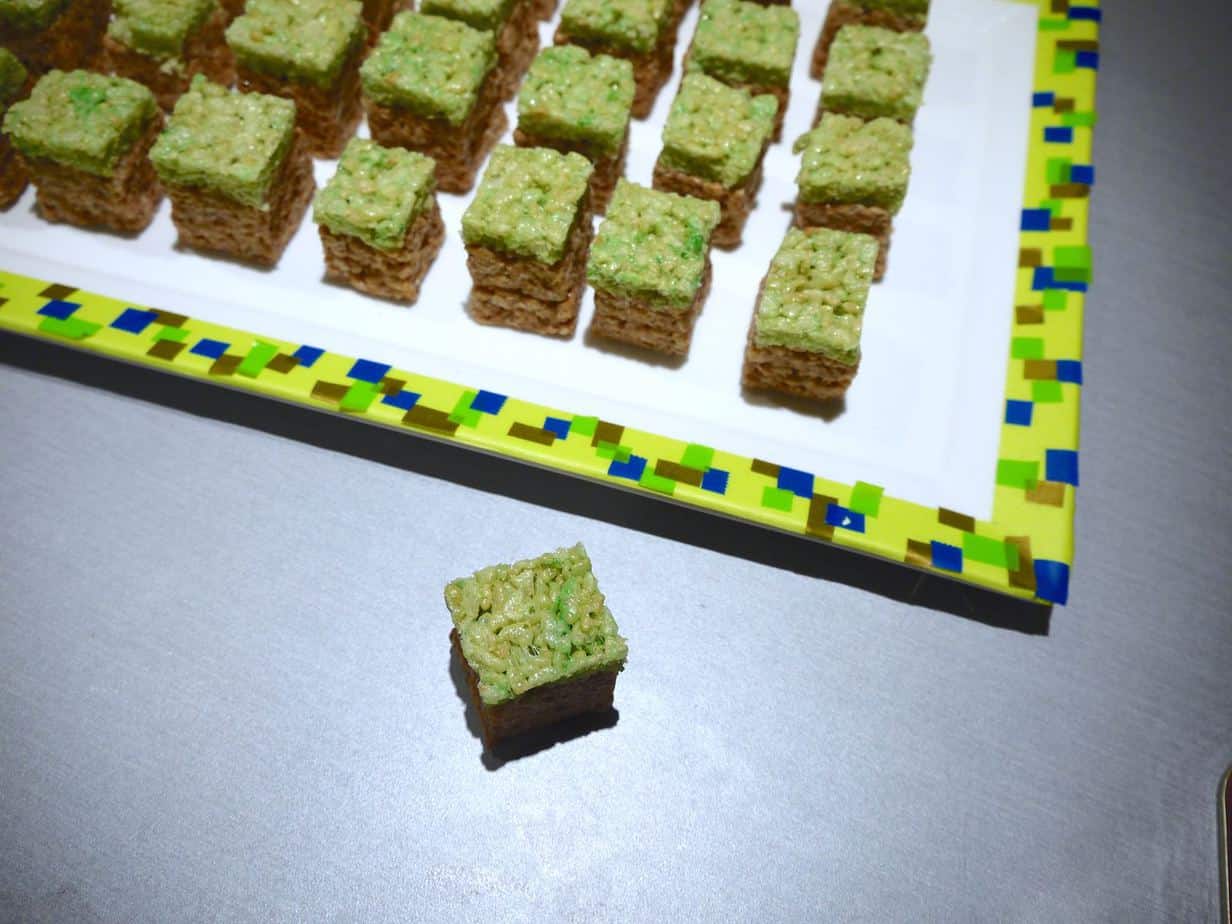 I followed the traditional Rice Krispies recipe on the box for the dirt squares, adding in cocoa powder to the melted marshmallows until I had a slight brown colour. The cocoa powder added a subtle chocolate taste with the vanilla in the end too, which was a treat in itself.

Instead of putting the warm Rice Krispies into a pan to cool I rolled them out on parchment paper (with a little butter on the rolling pin to avoid sticking). I put these in the fridge to firm while I mixed a batch of the Minecraft grass.

I used one-third to one-half of the original recipe since I wouldn’t need as much grass as I did dirt. I added drops of green food colouring into the melted marshmallows until I had a colour I liked then mixed in the Rice Krispies. Like with the brown Rice Krispies I rolled these out flat, about half an inch in thickness. 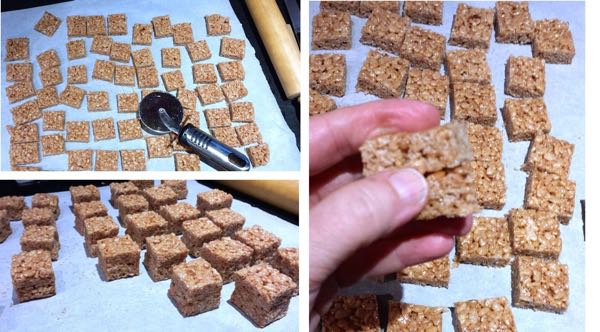 While the green grass Rice Krispies firmed a little I proceeded to cut horizontal and vertical lines through the brown dirt Rice Krispies to make small squares. I had decided I wanted these to be bite-sized. Then to add some thickness I stacked two dirt squares on top of one another and used my finger to squish the sides together, to blend them in and hide the line between the two pieces.

Using my pizza cutter I proceeded to cut horizontal and vertical lines on the green grass Rice Krispies to make the same bite sized squares. I stacked one green square on top of the double-layered dirt brown Rice Krispies and pushed the sides together to hide the line between the two colours and blend the squares together.

In the end I had stacks of Minecraft Rice Krispies Dirt Blocks. 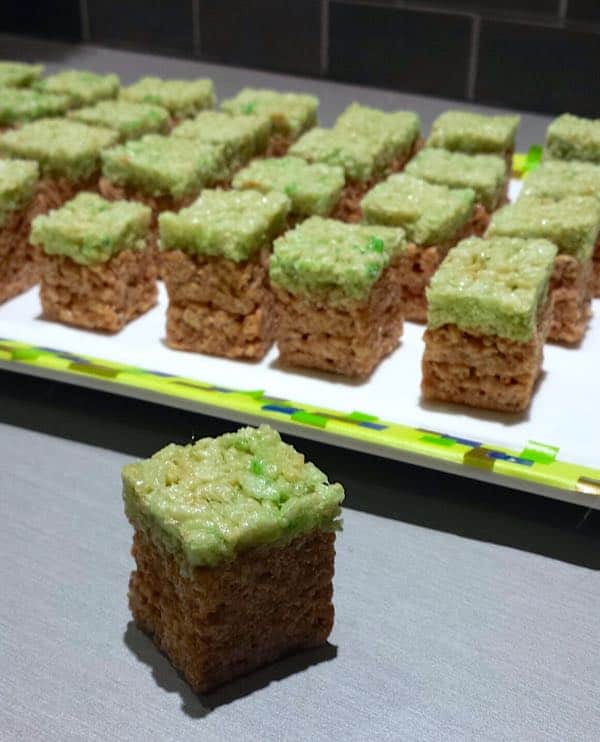 Instead of just putting them on a plate I updated a plain square platter with some 3M Expressions Tape to make a Minecraft worthy display platter. 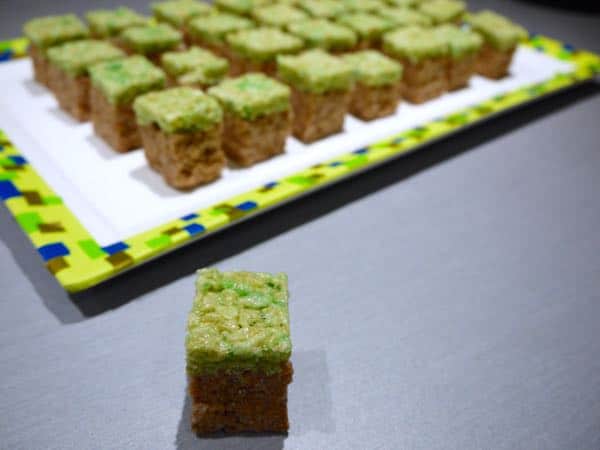 Using green masking tape I taped the edge of all four sides then I used a collection of 3M Expressions Washi Tape to add the block details (brown, green, black). Since Minecraft blocks look pixilated, the little square cuts didn’t have to be precise either. I cut small squares in different sizes, placing them a various parts on the green base tape, even overlaying some of the colours. It was easy enough that I had all three of my kids taking turns and adding blocks to the platter pattern. And the tape can easily be removed when you are done, returning your platter to everyday use.

Whatever you decide to make for your Rice Krispies Treats for Toys creation, be sure to share it on twitter, facebook, or instagram using the hashtag #TreatsforToys to ensure a donation is made on your behalf. A treat for you and a child in need, now that’s the best Christmas baking ever.

This post was sponsored by Kellogg’s Rice Krispies in support of their Treats for Toys holiday campaign, but as always the content shared is my own.