Playing games and writing about them is one of the reasons I started this blog. It’s a lot of fun. Another thing I like about writing my blog is attending game previews. Recently I had the chance to preview some of the new games from Nintendo Canada and the latest Disney Infinity version.

On July 21 I went to a Nintendo Canada event where they demonstrated some of games that have just been released or are coming out in 2015/2016. I had a chance to play some of the games and a few of them are on my “want to own” list:

YOSHI’S WOOLY WORLD (rated E, only on the WiiU): The graphics in this game are very well done. The whole game looks like it’s made out of yarn, even Yoshi. You throw balls of yarn to create structures and there are lots of hidden bonuses. 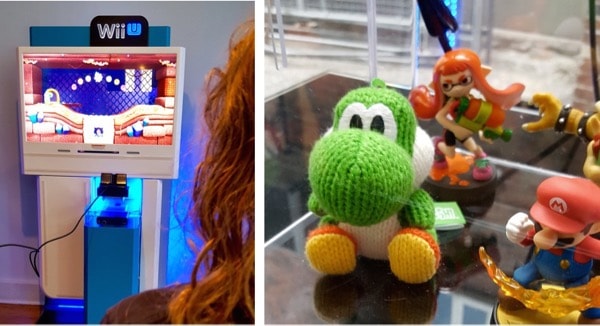 Plus the Yoshi amiboo is made of yarn too. I played this for a little while and loved it.

SUPER MARIO MAKER (rated E, only on the WiiU): I really like creating levels like in Little Big Planet and Minecraft. That’s what you get to do in this game plus you get to play other people’s levels. I played a level made at the Nintendo World Championships. I failed but it was great.

SUPER SMASH BROS (rating E10, on 3DS and WiiU): I know that this game came out last year but it was one of the games that they had at the event and it was the first time I had a chance to play it. 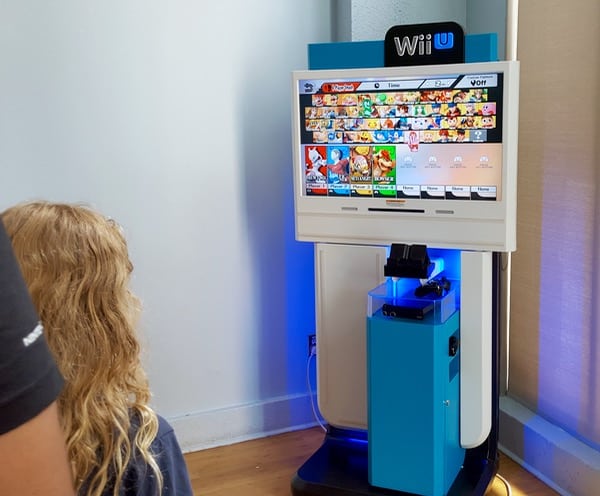 Now they have added DLC packs so you can get new characters and places to battle. There are so many different characters. I even played as a Wii Fitness Trainer (who shot fireballs from his stomach when he stretched). This was so much fun and I really got into the game.

SPLATOON (only on the WiiU): I recently wrote about SPLATOON and why I think families will love it. I’ve already added this game to my collection and love playing it.

There were a lot of different games to play at the preview event but there were also a lot of people. Mario & Luigi Paper Jam (3DS) and Chibi Robo Zip Lash (3DS) were two other games at the event that I didn’t get to play but they looked cool.

MARIO & LUIGI PAPER JAM (only on the 3DS):  If you like Mario & Luigi you’ll like this game because it’s the same guys times two. Identical paper versions of all the characters come out of a book. They look like flat 2D images versus the 3D characters in the game, like old and new. Together they must destroy paper and normal Bowser.

CHIBI ROBO ZIP LASH (rated E, only on the 3DS): This side scrolling game reminded me a lot of Battleblock Theatre with its levels and traps. You play as a robot that uses its plug to complete challenges and solve puzzles.

STAR FOX ZERO (only on the WiiU): This air combat game looked interesting but other games appealed to me more. I think my mom wanted me to add this to my list as it’s a game she wants to get for herself. It is cool that you can use the WiiU game pad to show you a cockpit view when flying.

I also had a chance to visit the Disney interactive office to talk about the new Disney infinity 3.0 game. I got to try out the game and meet one of the designers and ask some questions. I am excited about the 3.0 edition. I already own both Disney Infinity 1.0 and 2.0 and I enjoy playing them. 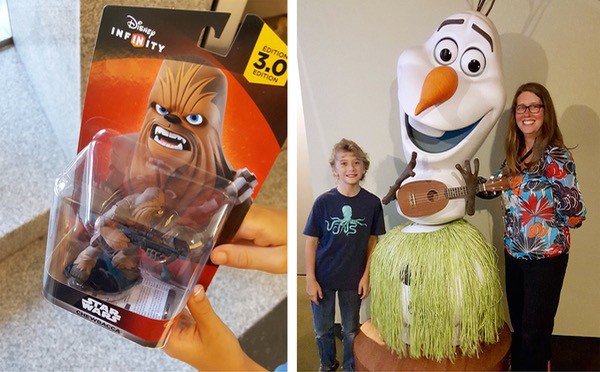 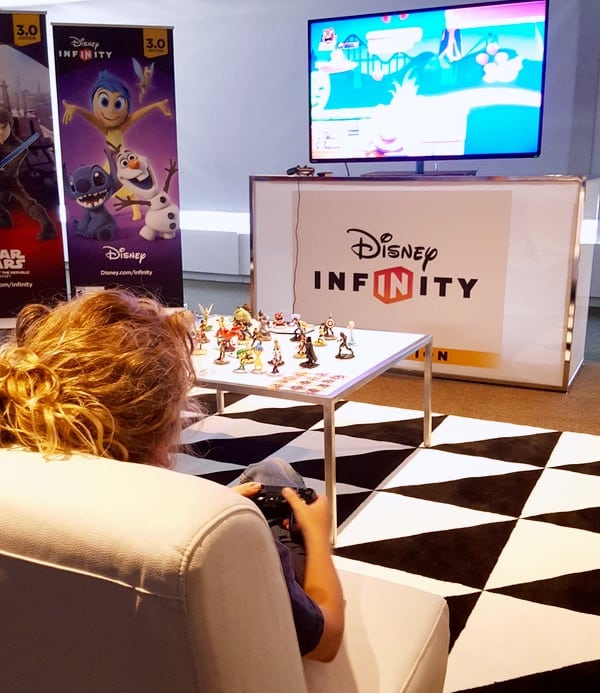 I am especially excited about the new version because of the Star Wars worlds. The first playset to come out is Twilight of the Republic, which comes with Anikan and Ahsoka in the Disney Infinity 3.0 starter pack. I played a demo using Ahsoka and I loved the feature to use lightsabers and the force. I can’t wait for this game to come out. They’ll also be bringing out an Inside Out play set, which is pretty cool. This will be more like a platform side scrolling game play with puzzles and challenges but still really fun.

And all the new 3.0 characters can play in the 3.0 Toy Box with the characters from early versions too. Wait until Chewbacca meets Tinkerbell. I can’t wait to play the final game when it is released the end of August.

You can see from my picks that my holiday wish list will be pretty long this year.