Lately I have been thinking about trying paint ball for the first time. That is why I got excited when I heard about Nintendo’s newest game Splatoon. I’m looking forward to working with Nintendo Canada. I think that Splatoon is a good family game for these 5 reasons:

Octo Valley Single Player Story Mode – In story mode you are trying to rescue the Great Zapfish (the city’s power source) from the Octotroopers. Along the way you find small orange spheres that you can use to upgrade your equipment. You beat bosses to open a way to the next area. 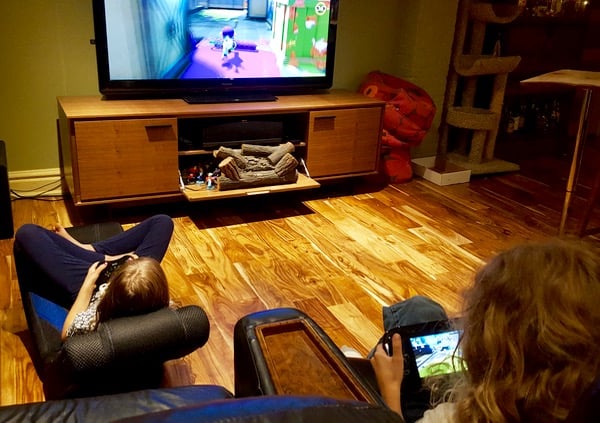 Battle Dojo 1 vs 1 – Two people can play together without going online in this balloon popping battle game. Here each player tries to pop the most balloons that spawn on the map or screen. To play one on one balloon battles you will need the Wii u game pad and a Wii remote or a Wii u pro controller. The player using the Wii U pad looks at the game pad for their game play and the remote player looks at the television. 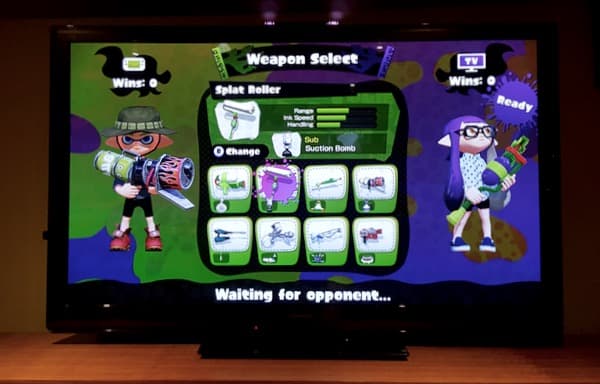 Online Turf Wars Challenge – Online battles split the players into two teams of four players. In these teams you are trying to cover the most land on the battleground with your paint colour to win. At the end of the round you get XP witch helps you level up. You get more XP if you win the battle. Unlike other online team games there seems to be no live chat or ability to hear/talk to other players making it a safer play environment. 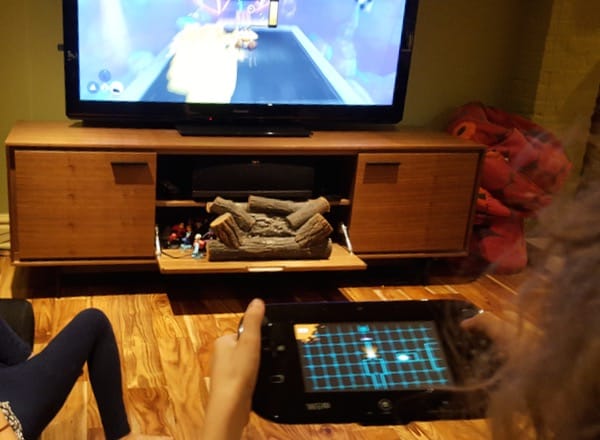 Bonus Play with amiibo Characters – Some Nintendo games have special action figure style characters that can be scanned into different games. Splatoon has a combo set including Girl, Boy and Squid (or you can buy Boy and Girl separately). When you scan the amiibo characters into you Wii U game pad they appear in the game and you receive special tasks to complete. Once completed you get an exclusive reward like a weapon, new clothes, or coins.

Inkopolis Plaza – I like that you can walk around the plaza to get to the game you want or head to the store to get upgrades. Even in the store you walk around instead of just looking at a menu selection. This makes it feel like a real online world. When you are a level four player you can order the cool gear that you see on other players. 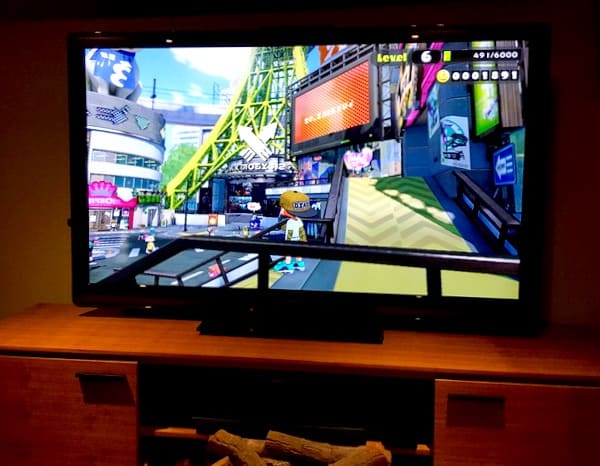 The real world feel is pretty cool in Splatoon. The Wii U game pad adds to the experience, as it becomes your game map. This makes it easy to move around or connect with team players (when online). I also like that the player’s movement and view is based on moving the pad versus just the joystick. 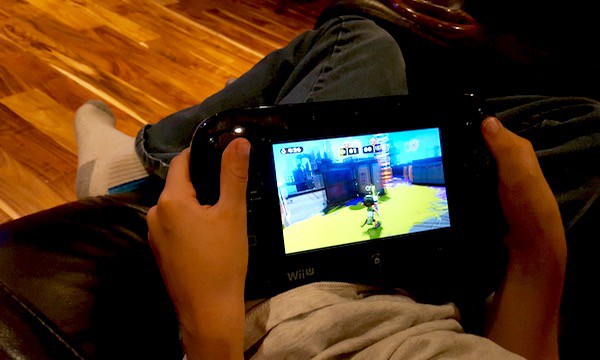 For those five reasons I think that Splatoon is a great game. The rating for this game is E10+ due to the cartoon violence (shooting with paint guns and when you hit someone they explode into a blob of paint).

Nintendo Canada compensated me to write about their newest game but all opinions and experiences are my own.